Many T.D’s including Fianna Fail’s spokesman for children, Charlie McConalogue, are speaking out and calling for official enquiries following disturbing revelations yesterday. Six audits that were published by the National Board for the Safeguarding of Children in the Catholic Church (NBSCCC) raised many questions and concerns.

Abuse survivors who had made claims against 85 priests since 1975 in the dioceses of Raphoe, Tuam, Kilmore, Dromore, Ardagh and Derry stated that the audits were not thorough enough; they did not name the abusers, interview any abuse survivors or detail how mishandled the allegations were. Seeing as the audits were carried out by the Church owned NBSCCC and were not carried out independently, people questioned how of the 85 priests who had claims against them, only eight were convicted.

In comparison, cases in the dioceses of Ferns, Dublin and Cloyne between the years 1996-2009 were conducted by state commissions.

Colm O’Gorman of Amnesty International Ireland said: “We need to be conscious that these are reports by a body sponsored by the Roman Catholic Church, only published with the approval of the bishops concerned.” The Irish Examiner

Victim Martin Gallagher said the audit failed to take account of victims who did not make formal complaints: “We’ve been let down again. The only thing that can be done now is a full state investigation. It took me 10 minutes to read it [the 20-page audit]. It was a joke.” The Irish Examiner

The audits were slammed for not being a direct representation and calls for a national assessment, which should be carried out across all dioceses in the country, have been put forward.

However, it has been noted that the latest results are a stepping stone to “improvements in the attitude to and understanding of child protection” says the head of the NBSCCC, Ian Elliot. Elliot went on to say that more audits are to be published next year and audits into every diocese in the country would be completed within the next two years. 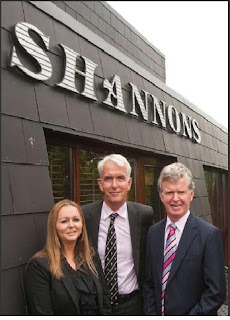 Shannons Solicitors is aware of this sensitive subject and has over 30 years experience in dealing with abuse cases that involve the Catholic Church. If you are one of these victims you should contact us now to take legal action on your behalf against the Church so that your suffering will be admitted and compensation will be paid to you. Call Vincent Shannon, Solicitor or Tim Shannon, Solicitor on (01) 840 1780 or email vincent@shannons.ie , or write to us at 29 Main Street, Swords, County Dublin, Ireland, in complete confidence that your case will be dealt with discretely and privately.